- - - THIS 2009CHRYSLER SEBRING CONVERTIBLE IS A LOCAL TRADE WITH A PERFECT HISTORY REPORT....IT WAS TRADED IN BY AN OLDER GENTLEMAN ON A FORD EDGE.....IT HAS PAINT BUBBLING ON THE HOOD AND VARIOUS DENTS AND DINGS BUT SEEMS TO RUN GOOD !!!

- - - WE CAN ARRANGE FINANCING FOR YOU AHEAD OF TIME.....VISIT OUR WEBSITE WWW.MATHEWSFORDNEWARK.COM AND FILL OUT OUR SECURE ONLINE CREDIT APPLICATION AND WE WILL BE IN TOUCH WITH YOU.....\

Model Overview
The Sebring Limited sedan stands alone this year, with a 2.4L 4-cylinder engine and 4-speed automatic transmission that sips fuel at 21 mpg city, 30 mpg highway. The two other Sebring sedan engines, a partial-zero emissions (PZEV) 2.4L 4-cylinder and a more powerful 3.5L V6 are available as options, as is a 6-speed automatic transmission.
Inside, Chrysler bumped the roofline up a bit for 2009, giving the cabin a more spacious feel. An 8-way power driver's seat is standard, as are heated front seats. Air conditioning is standard, with dual-zone controls as an option. Other options for the Limited sedan include a heated and cooled cup holder, remote start and power sunroof. The 6-speaker audio system plus steering wheel controls is standard, but it can be upgraded to a Boston Acoustics speaker system. The uConnect system comes standard in the Sebring Limited with Sirius satellite radio; upgrades allow access to tunes, navigation, phone and web from the touch screen.

The convertible, though, is where the Sebring design shines. The soft top is standard on the Limited, Touring, and LX, but can be upgraded to the retractable hard top with the Touring and Limited versions. The top can be dropped using the key fob, a standard feature on the Limited and Touring editions and an option for the LX.

The LX is the base model, with a 2.4L 4-cylinder engine. The Touring model has a 2.7L V6, and the top-of-the-line Limited has a 3.5L V6. A 4-speed auto is standard, but the Limited has an optional 6-speed AutoStick transmission available for drivers who like to have more control over the shift points. The Touring edition is also a FlexFuel vehicle, capable of running either gasoline or E85.

The standard cloth seats in both the LX and Touring editions are stain-repellant fabric. The Limited has standard leather-trimmed seats, plus tortoise-shell interior accents. Six-way power seats are standard on all three, as is cabin air filtration. Heated front seats and dual-zone climate control are standard on the feature-laden Limited and available on the Touring. The Limited also gets the wind screen behind the front seats, remote start and the heated/cooled cup holder standard, while they're all options for the Touring.

Independent suspension and ABS are standard on all Sebrings; electronic stability is available on the Limited and Touring convertibles and the sedan. The sedan also has standard tire pressure monitoring. All Sebrings have front and seat-mounted side airbags; the sedan also gets side-curtain airbags. 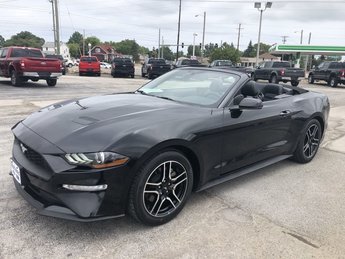