2007 Dodge Nitro SLT Recent Arrival! We have a strong and committed sales staff with many years of experience satisfying our customers' needs. Feel free to browse our inventory online, request more information about vehicles, set up a test drive or inquire about financing!

Model Overview
The Dodge Nitro is one of the latest entries into the 2007 SUV market. At first, the in-your-face styling makes you think you're getting into another version of the Dodge Caliber, but the Nitro is bigger.
Two trims are available: the base SXT and the uplevel SLT. Both can be ordered with two-wheel drive or four-wheel drive, the four-wheel-drive being operated through a knob on the console. The standard engine is a 3.7L V6 engine rated at 210-horsepower and 235 lb-ft of torque, while a 255-horsepower 4.0L V6 is optional with the R/T package on the SLT. A six-speed manual is standard on SXTs and a four-speed automatic is an $825 option. The four-speed is standard on SLTs, and is replaced with a five-speed automatic transmission when the R/T package is ordered.

Along with the aforementioned four-speed, the SLT trim adds extra interior equipment and 17-inch alloy wheels, fog lamps, heated mirrors, power seats, a leather-wrapped steering wheel with audio controls, cruise control, and a slew of exterior appearance bits. The top of the line Nitro is the R/T, which has the upgraded drivetrain, 20-inch alloys, Sirius satellite radio, and performance suspension.

The Nitro's cockpit looks fairly modern. Faux brushed aluminum accents draw attention to the center stack and most of the controls are easy to reach. The bucket seats are comfortable. The front passenger seatback folds flat, creating a longer load floor for tall objects, and has a molded tray that can accommodate most laptop computers.

The rear seat splits 65/35, adding to the vehicle's utility. Completing the package is the Load N' Go cargo floor, which is standard on the SLT. This hard plastic platform slides out up to 18 inches to make loading and unloading cargo easier. One side has a fiber mat that helps to prevent cargo from sliding around, and the other side is easy-to-clean plastic. Six cargo hooks make strapping gear down a snap, and the hooks fold away when they are not needed. The platform can support up to 400 pounds and is a great example of an inexpensive item that adds more than its weight in versatility.

A six-disc CD changer can be added to the standard audio system on the SXT and SLT, and a navigation system can be tacked onto the SLT, as can upgraded speakers and the MyGIG multimedia system. Sunroof, satellite radio, hands-free communication, and a trailer tow group are other notable options. 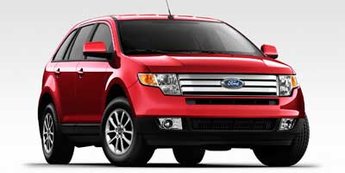