***SUPER LOW MILES***, ***LUXURY IMPORT***, 4MATIC®, designo Saddle Brown/Black w/designo Exclusive Nappa Leather Upholstery. 2015 Mercedes-Benz S-Class S 550 4MATIC® S 550 4MATIC® 7-Speed Automatic 4.7L V8 BiTurbo Black Odometer is 11521 miles below market average! We understand that your car is often more than a means of getting from point A to point B: your car is often your traveling companion, your family's protector, your personal statement to the world. So here at Mathews Dodge Chrysler Jeep, we work hard to bring you more than just a wide selection of models from Chrysler, Dodge, Jeep, and RAM. We also strive to make your overall shopping experience here enjoyable, informative, and fun.

Model Overview
At the entry level of the lineup, the 2015 S-Class is offered in S550 guise, with optional 4MATIC adding all-wheel drive. Both of these models are powered by a 449 horsepower 4.7L turbocharged V8 engine and mated to an 8-speed automatic transmission.

The S600 and S65 AMG models get a 6.0L twin-turbo V12 that makes 523 horsepower in the S600 and a whopping 621 horsepower and 738 pound-feet of torque in the S63 AMG. The S600, along with both AMG models, are fitted with a special AMG Speedshift 7-speed automatic transmission.

AMG S-Class models offer the power and performance levels of an exotic sports car into a much more luxurious package--so owners get the same level of interior space and nearly the same comfort as any S-Class.

Magic Body Control is an optional feature in the S-Class; it actually scans the road surface and changes the suspension's settings to suit the kind of surface and your own desired level of comfort and control. MBC works together with the standard Active Damping System and AIRMATIC air suspension.

The S63 AMG gets a special AMG Adaptive Sports Suspension that's tuned to make the most of the all-wheel drive system's capability and this car's more performance-oriented setup. The S65 AMG also adds a sport version of Magic Body Control, but it also comes with a speed-sensitive sports steering with multiple settings and a distinct steering-wheel design. Special 20-inch AMG forged-alloy wheels are included in this model, along with a sport exhaust system with twin tailpipes and an available ceramic high-performance composite braking system.

Both the S63 and S65 AMG add a lithium-ion battery that saves more than 44 pounds and isn't as affected by cold temperatures as a normal car battery. And they both include an Eco Start/Stop feature that allows the engine (in some conditions) to stop automatically at stoplights and then restart when the driver lifts off the brake pedal.

All S-Class models include two high-resolution color screens, with a diagonal measurement of 12.3 inches. On the right are infotainment and comfort functions, while instrument-cluster and driver-specific controls are on the left. Expanded voice entry is now allowed for phone and audio systems, and there's a feature that will read text messages aloud. It also includes a customizable head-up display, and the COMAND infotainment display has now been supplemented with a touch pad.

The S-Class continues to have some of the best seats in any vehicle. In sedan versions, the rear seat features a limousine-like ambiance with the optional Executive Rear Seat package, which brings folding tables and upgraded back-seat appointments--including a backrest angle that's adjustable up to 43.5 degrees. A Plus version of that package even brings an aircraft-style seat with Peltier technology that can keep drinks cool or warm. There's a hot-stone-inspired energizing massage function, with six massage programs, including two that include warming, and the active seat ventilation system now uses reverse fans to help reduce drafts. Other noteworthy options for interior comfort include the Air Balance Package, which brings ionized air purification and has an active air-perfuming feature.

Safety takes center stage in the S-Class, once again. As part of a $2,800 Driver Assistance Package, prospective buyers can add the DISTRONIC PLUS radar-based cruise control, PRE-SAFE autonomous braking; the PRE-SAFE PLUS rear-facing radar warning system; BAS PLUS with Cross Traffic Assist (using stereoscopic cameras to help prevent an accident); Active Lane Keeping Assist; and Active Blind Spot Protection. There's also Night View Assist Plus, a feature that continues to be refined, and uses infra-red and camera information to detect animals and people along the road ahead. 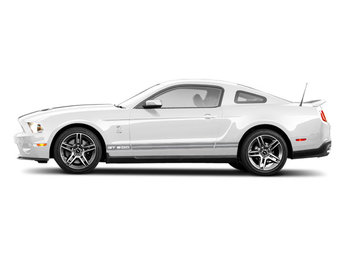